I had to read it for a class, and while I did not enjoy the middle sections of the book, it did make me think and it challenged some of my views. Citește recenzia completă

Franco Bifo Berardi: Franco Berardi, better-known in the United States as "Bifo," is an Italian autonomist philosopher and media activist. One of the founders of the seminal Radio Alice, a notorious pirate radio station that became the voice of the student movement in Italy throughout the 1970s, Bifo is the author of multiple works of theory including the recently-published The Soul at Work (Semiotexte 2009) and "The Post-Futurist Manifesto. 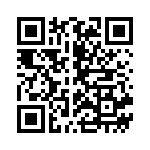