Modern corporate avarice takes many different forms and all are brought into the light of day in No Logo. Naomi Klein illustrates how corporate entities have ceased to be factories that make things ... Citește recenzia completă

"No Logo" is a phenomenally-impressive first work from Naomi Klein. Written in the '90s about the rise of brands which sold ideas as opposed to corporations selling products, it could not be more ... Citește recenzia completă

Pagina 118 - The multinational corporation operates in a number of countries, and adjusts its products and practices in each - at high relative costs. The global corporation operates with resolute constancy - at low relative cost - as if the entire world (or major regions of it) were a single entity; it sells the same things in the same way everywhere.
Apare în 35 cărți din 1973-2006
Pagina 373 - Marcos is gay in San Francisco, black in South Africa, an Asian in Europe, a Chicano in San Ysidro, an anarchist in Spain, a Palestinian in Israel, a Mayan Indian in the streets of San Cristobal, a Jew in Germany, a Gypsy in Poland, a Mohawk in Quebec, a pacifist in Bosnia, a single woman on the Metro at 10 pm, a peasant without land, a gang member in the slums, an unemployed worker, an unhappy student and, of course, a Zapatista in the mountains'.4 In other words, he is simply us: we are the leader...
Apare în 14 cărți din 1994-2007
Mai multe
Pagina 356 - Saul D. Alinsky, Rules for Radicals: A Pragmatic Primer for Realistic Radicals (New York: Vintage, 1971), pp.
Apare în 22 cărți din 1973-2007
Pagina 145 - I fear that the productions of democratic poets may often be surcharged with immense and incoherent imagery, with exaggerated descriptions and strange creations; and that the fantastic beings of their brain may sometimes make us regret the world of reality.
Apare în 31 cărți din 1840-2005
Pagina 24 - For years, we thought of ourselves as a production-oriented company, meaning we put all our emphasis on designing and manufacturing the product. But now we understand that the most important thing we do is market the product.
Apare în 14 cărți din 1994-2007
Pagina 230 - My concern," said famed Harvard economist Jeffrey D. Sachs, "is not that there are too many sweatshops but that there are too few ... those are precisely the jobs that were the stepping stones for Singapore and Hong Kong...
Apare în 8 cărți din 1986-2008
Pagina xxiv - Klein sees anti-corporate opposition making use of such webs like spiders: the image strikes me as a fitting one for this Web-age global activism. Logos, by the force of ubiquity, have become the closest thing we have to an international language, recognized and understood in many more places than English.
Apare în 10 cărți din 2000-2007
Pagina 225 - ... faced with unionization drives or new collective bargaining situations. According to one of the most comprehensive and systematic studies of unionization campaigns in the post-NAFTA period, this type of workplace extortion has taken a variety of forms: specific unambiguous threats ranged from attaching shipping labels to equipment throughout the plant with a Mexican address, to posting maps of North America with an arrow pointing from the current plant site to Mexico, to a letter directly stating...
Apare în 7 cărți din 1997-2006
Pagina 23 - Nike, for example, is leveraging the deep emotional connection that people have with sport and fitness. With Starbucks, we see how coffee has woven itself into the fabric of people's lives, and that's our opportunity for emotional leverage...
Apare în 9 cărți din 2000-2007
Mai puține

Naomi Klein is the award-winning author of the acclaimed international bestsellers The Shock Doctrine, No Logo, This Changes Everything, and No Is Not Enough. She is a contributing editor for Harper’s, a reporter for Rolling Stone, and writes a regular, internationally syndicated column. She has won the James Aronson Award for Social Justice Journalism. In September 2018, she was named the inaugural Gloria Steinem Chair for Media, Culture and Feminist Studies at Rutgers University. 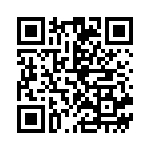