Modern corporate avarice takes many different forms and all are brought into the light of day in No Logo. Naomi Klein illustrates how corporate entities have ceased to be factories that make things ... Citește recenzia completã

"No Logo" is a phenomenally-impressive first work from Naomi Klein. Written in the '90s about the rise of brands which sold ideas as opposed to corporations selling products, it could not be more ... Citește recenzia completã

Naomi Klein was born in Montreal, Canada on May 8, 1970. She attended the University of Toronto and began writing there for the student newspaper, The Varsity. Klein was offered a series of editorial jobs in newspapers and magazines and this prevented her from getting a final degree from the university. She worked for The Toronto Globe and Mail and This Magazine. She is an author and social activist, who is known for her political analyses and criticism of corporate globalization. Her books include No Logo: Taking Aim at the Brand Bullies, Fences and Windows: Dispatches from the Front Lines of the Globalization Debate, and The Shock Doctrine: The Rise of Disaster Capitalism. She received the 2014 Hilary Weston Writers' Trust Prize for Nonfiction for This Changes Everything: Capitalism vs. the Climate. 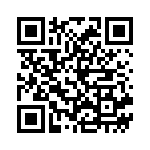