Major John G. Merritt became a Salvationist in 1966 and was commissioned a Salvation Army officer in 1968. For the next 33 years, he served in pastoral, inner city, editorial, educational, and historical agency appointments in the USA and Chile, retiring with the rank of major in 2001 after 11 years as director of The Salvation Army's Southern Historical Center, Atlanta, Georgia. 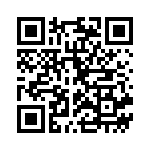