J. Gordon Melton is director of the Institute for the Study of American Religion in Santa Barbara, CA. 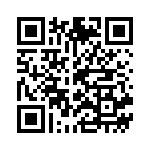