This Newbery Honor book takes the reader on a journey of the life of the incredible woman by the name of Eleanor Roosevelt. Filled with photos of her life and the history of the United States, this is ... Citește recenzia completã

This biography about Eleanor Roosevelt was written in an inspiring format. I could picture in my head all the events listed withiin the covers of this book. She had a hard life dealing with the ... Citește recenzia completã

Russell Freedman was born in San Francisco, California on October 11, 1929. He received a bachelor's degree in English from the University of California, Berkeley in 1951. After college, he served in the U.S. Counter Intelligence Corps during the Korean War. After his military service, he became a reporter and editor with the Associated Press. In 1956, he took a position at the advertising agency J. Walter Thompson in New York, where he did publicity writing for television. In 1965, he became a full-time writer. His first book, Teenagers Who Made History, was published in 1961. He went on to publish more than 60 nonfiction titles for young readers including Immigrant Kids, Cowboys of the Old West, Indian Chiefs, Martha Graham: A Dancer's Life, Confucius: The Golden Rule, Because They Marched: The People's Campaign for Voting Rights That Changed America, Vietnam: A History of the War, and The Sinking of the Vasa. He received the Newbery Medal for Lincoln: A Photobiography and three Newbery Honors for Eleanor Roosevelt: A Life of Discovery, The Wright Brothers: How They Invented the Airplane, and The Voice That Challenged a Nation: Marian Anderson and the Struggle for Equal Rights. He also received the Regina Medal, the May Hill Arbuthnot Lecture Award, the Orbis Pictus Award, the Sibert Medal, a Sibert Honor, the Laura Ingalls Wilder Medal, and the National Humanities Medal. He died on March 16, 2018 at the age of 88. 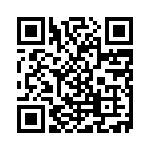