J. Gordon Melton is the director of the Institute for the Study of American Religion in Santa Barbara, California. He holds an M.Div. from the Garrett Theological Seminary and a Ph.D. from Northwestern University. Melton has been a teacher or lecturer at the University of San Francisco, the Garrett-Evangelical Theological Seminary, Loyola University in Chicago, and the University of California at Santa Barbara. He has written or edited more than three dozen books and anthologies as well as hundreds of papers and articles for scholarly journals. 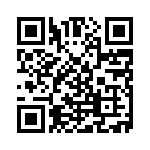